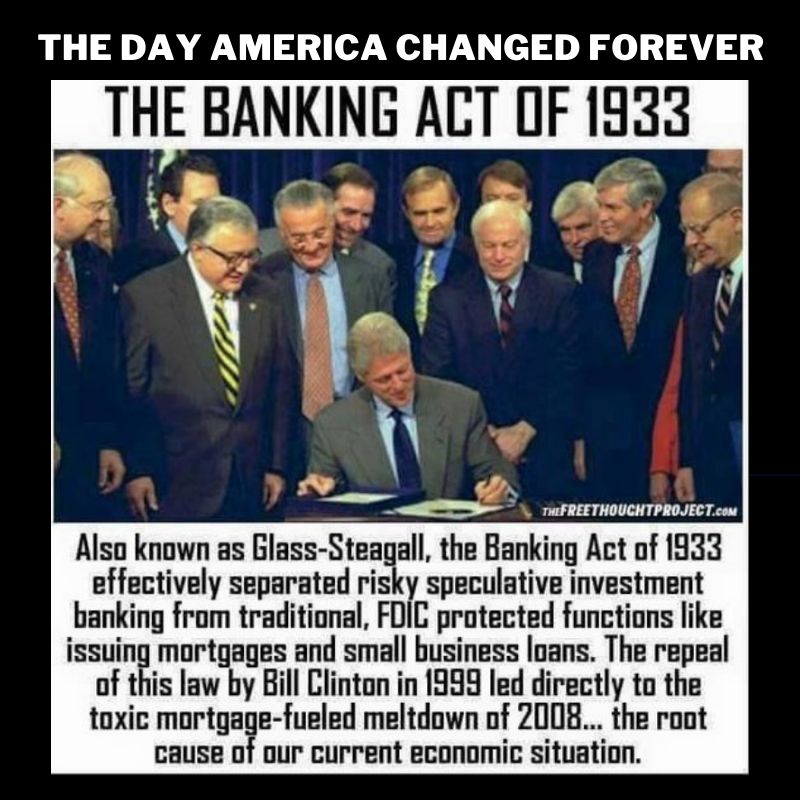 Learn how the Banking Act of 1933 effects you! 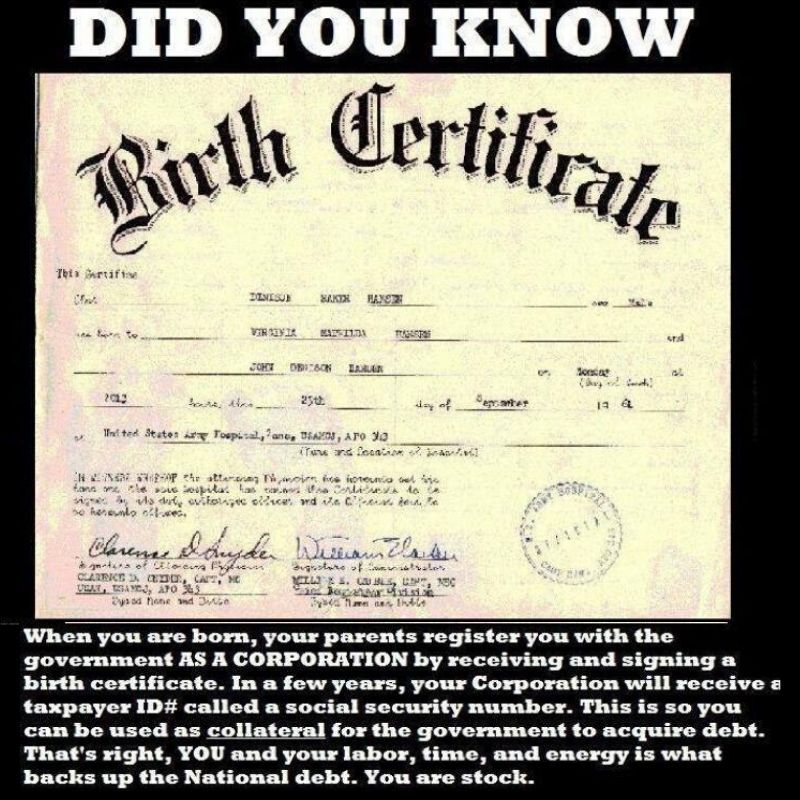 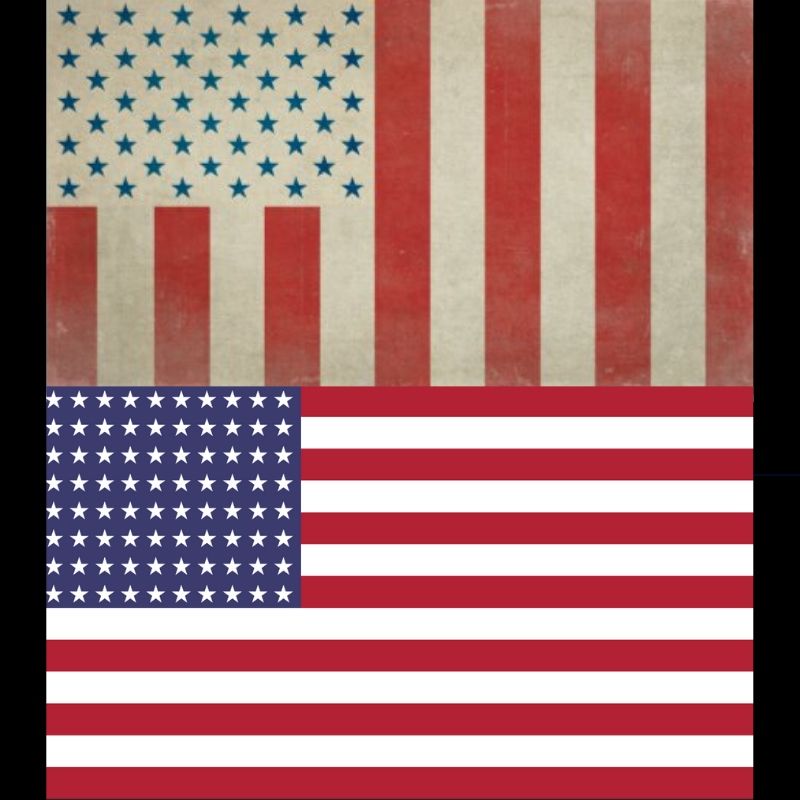 Learn what each of these flags represent

As Neo shares, one of the most under appreciated holiday is Independence Day.

"Reason #1: Independence is no longer a treasured virtue in our nation, like it should be. Too much time has passed since the great sacrifices were made by the brave and courageous acts were made by the men and women who helped found America.

Reason #2: Many of the things that the Founding Fathers found so objectionable - like taxation without representation for example - have become institutionalized in the US.

Our Nations congressional "representatives" No longer cater to the people needs but rather to Big business for their own selfish benefit.

Another thing, when this country was founded 90% of people worked (and thought) for themselves.

The rest are slaving away, swallowing everything the government controlled media regurgitates to them.

The "sheeple" vote away their rights (example passing of the patriot Act 1 & 2) away for fear of the government created non-existent terrorist “boogymen."

And the masses enthusiastically cheer on unelected activist judges who make “laws” from the bench based on how they feel on any given particular day.

The U.S. Congress passes laws, while the American people hopelessly look on never questioning, always obeying — being an Enabler of the U.S. Congress and becoming tyranny's little helpers.

What is the solution?

First, you must become educated on our current status as US citizens!

This is what the course is going to teach you.

And then use your new found knowledge to take a stand against the politicians (and their puppet masters the unelected bankers, and foreign interests) trying to steal yours and your children's freedom for their 20 pieces of silver.

This course will give you a thorough background of everything you didn't learn in school, but will be important to you, and your children's future. Take your power back today!

My path to Freedom began 25 years ago in 1992 when I received an unknown book outlining various methods to “get free” from the clutches of political slavery and I was immediately and completely captivated.

I still have the handwritten notes from that book and it was the thing which motivated me to learn what I know today. Over the years I have learned from names like Jack Smith, Jean Keating, Rice McLeod, Roger Elvick, Victoria Joy, Cindy Beers, Barton Buhtz, and the list goes on.

I learned something from each but the most valuable information I received was from my own personal courtroom experience. Of course, at the beginning I got my butt kicked more often than not, but with each scenario I faced, more knowledge was gained and something more was learned. In the last few years I have distilled what I’ve learned and taken and condensed those experiences into a system that if carefully followed is extremely powerful!

My story really begins around 1998, when I had some credit card debt in a business venture and one day I received a call from Discover card asking me to pay off the balance. The debt collector asked if I “had any other credit cards I could borrow from” to pay their card off. I took his number and told him I’d have to think about that before making a final decision.

At that time I had already learned some stuff about modern day banking but was still a greenhorn to the whole Freedom movement, so I was really just going on instinct. The one thing I kept noticing was this gut feeling that “something wasn’t right about this” robbing Peter to pay Paul so to speak and I couldn’t shake it.

I ended up deciding against paying one credit card with another and that was when I firmly set my foot on the path to Freedom. I have seen a lot since that time and that incident led me to learn credit repair where I eventually rebuilt my credit score to the 700’s and helped other to do the same.

I went to many seminars and joined a local weekly study group in the city where I lived at the time. We were studying commercial law and the Uniform Commercial Code which we got a few wins here and there, but nothing to really speak of.

When I was starting out the movement was young and everyone was eager to try things out. I noticed one crucial thing early on — nearly everyone I met in the movement was doing things backwards! They would discover something new to try, do it and many times it led to serious criminal trouble which they knew nothing whatsoever of how to handle such problems.

They would then go running back to the “teacher” they learned their “new technique” from, only to find that he knew little to nothing of how to deal with “criminal” matters. Those were scary times.

What this did was instill in me the need to handle criminal (and related matters as I do in the scenario portion of my classes) and other more “serious” court issues and I decided to make it one of my most important areas of study. While others focused on UCC and other commercial stuff I focused on status, standing and court stuff. In doing so I noticed some things of great interest over time, namely that there was a method to the madness of the judges and courts.

Once I understood what was REALLY going on in those courtrooms, I realized the key to Freedom was to master verbal communications with all manners of “agents” i.e. everyone from cops to judges to prosecutors to IRS agents and that until this was done nothing else mattered.

I saw how many people filed paperwork into their court cases saying they were “sovereign this and immune to that” and at the hearings they would argue and/or defend their position or worse fight or explain about President Roosevelt and all the things that happened in 1933. Some even presented evidence and filed numerous motions only to have all of them denied.

None of those things ever worked and we watched while our friends and some of the leaders in the movement who faced more “serious” charges all went to prison. I knew there was a way to break this thing wide open and I finally discovered it and I can tell you it is not what you might think.

I have successfully trained my students to utilize my system and to their own amazement it worked fantastically. I have come to learn that the Only True Freedom comes from mastering how to handle and communicate with what I call “agents” (anyone who works for the government) and to keep them in their rightful place as your servants.

It doesn’t happen overnight. We’ve all been subjected to a long line of dumbing down, programming and brainwashing over many years of our childhood, adolescence and even our adult lives. We’ve been taught by society to fear our government, when it is the government who should fear the people.

They all use systems of fear, coercion, intimidation, and even entrapment, which no legitimate government should ever have to resort to using on its own people and if they do, then something is seriously wrong.

This is the first course that makes things right again.

Join me on a 7 hour journey to un-learn everything you've been taught about American History.